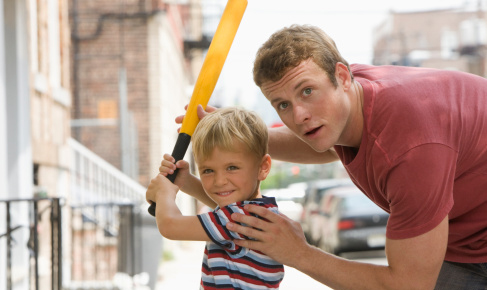 While raising and educating my son, I noticed a significant response pattern. When I would ask him not to do something, it was the next thing he did. The first time I told him not to touch the wood stove, he touched it. He’d touched it before. He knew the accompanying pain. When I specifically said not to, he seemed compelled to do it anyway. He wasn’t being defiant, (that came later) Not wanting my child to get burned I considered another possibility. I questioned and observed him closely. I realized he had to picture himself doing what I asked him not to do in order to think of himself not doing it. For me that was a revelation. I began to re-frame my comments and requests. Instead of saying, “don’t touch the stove,” I would say, “There’s a fire inside the stove!” I explained how the fire makes the stove hot. I would periodically ask him, “Is the stove hot, can I touch it?” “Hot!” he would tell me shaking his head. “Not hot, it’s OK.” smiling approvingly. I began to tell him how to do something, instead of how not to do it. Instead of, “Don’t eat the orange with the peel on it.” I would say, “This is how I eat an orange”, as I peeled it, gave him half and ate the other half. Next time he got an orange, he would peel it himself. Showing him how to do something instead of telling him how not, often led to a positive outcome. It continues to make sense to this day.

So, perhaps it isn’t so much what is being said, but rather it’s the way we choose. or don’t choose, to say it. We can take time to consider what we say before it’s said or allow it to fall without a second thought. It makes sense to consider what we want out of the situation. One way of expressing yourself can quickly justify an argument. Delivering the same message with moderately different words can get a similar message across while maintaining the peace. A prime example is criticism. In later years my son had difficulty hitting the baseball mid-season. When I was critical about his batting style I used language that told him he was doing it the wrong way. Regardless of how kind and patient I was being, his response was to retreat into thinking he was no good at hitting the ball with a bat. If I had chosen to encourage what was effective in his efforts and discuss what could be done to further improve his existing attributes, I’m certain there would’ve been a very different outcome. However, it would have required a shift in my idea about him hitting or not hitting the ball.

In the end it’s really about perspective. We either communicate the glass is half full or that it’s half empty. The truth remains the same, there’s still half a glass of water, but the outcome may be radically different. How many circumstances can you come up with where you can see this applies in your life? How do your choices apply to your words before they come out of your mouth? Can you think of times a change of word choice could have altered the events between you and your spouse? One of your children? How about a conflict at work, or what you said out the car window during a blazing hot summer rush hour? We owe it to others and to ourselves to find the words that hold the greatest truth we can perceive in relation to who and what we want to be in this world. We all hold the key to effective communication and that key is choice. Perspective is a choice; choose your words.